The Emerald Ash Borer (EAB) is a threat to all Ash trees. Nevertheless, while this invasive species related to the beetle is highly invasive and aggressive, it can be spotted, prevented and even treated in many cases.

Particularly if you catch an EAB infestation at a reasonably early stage and work proactively, there may be a chance of saving the Ash trees on your property.

As mighty as an Ash tree may appear, it can be brought down surprisingly easily by these tiny but incredibly dangerous little insects.

Just take a look at the photo to the right, which features one tree that was treated for EAB infestation and one that wasn’t, to get a sense of the level of destruction these pests are capable of causing.

What is an Emerald Ash Borer?

The Emerald Ash Borer, also known as agrilus planipennis, or EAB for short, is a beetle that is native to Eastern Russia and much of Asia. It’s smaller than a penny, and has a bright and shiny green body.

EABs have been introduced to many parts of the world by accident through the use of Ash wood in shipping materials such as crates and pallets.

Emerald Ash Borers are an invasive species, and they quickly become entrenched in areas once they have been introduced.

While population densities in the EABs’ native areas rarely reach levels that are lethal to a healthy tree, in the rest of the world—including right here in Bucks County and Montgomery County—populations can surge and massive damage to Ash trees can occur.

What Do EABs Feed On?

The preferred meal of an Emerald Ash Borer is any kind of Ash species. Some of its preferences include Black Ash, Blue Ash, Green Ash and White ash trees. The larva of the EAB will feed on the tree until it disrupts the nutrients and the water the tree needs to stay alive, ultimately girding it and causing the tree to die of effective starvation.

It has been observed that EABs will occasionally infest White Fringetree, which could imply that under certain circumstances other trees may be effective substitutes in the Emerald Ash Borer’s diet.

Can Ash Trees Survive an Infestation on Their Own?

In the native environment of Emerald Ash Borers, most trees actually survive the infestations. There, the natural balance of EAB and their predators, as well as the natural resistance in the native Ash trees, keep the Emerald Ash Borers down to a reasonable level that is rarely fatal to the trees. Unfortunately, this balance does not exist in most places in the world.

Because of this lack of balance and predators, Emerald Ash Borers are typically capable of killing American and many Chinese Ash trees within 10 years if no measures are taken to stop the spread and kill the existing infestation.

There are some climates in which the Ash Borer may be kept down. Often these are colder climates in which the EAB is kept from a sufficient temperature to develop effectively through its pupal state, which causes much of the population to die out before reaching maturity and mating. However, in much of North America (Eastern Pennsylvania included) the temperatures are high enough that natural EAB predators can’t be counted on to save your Ash trees. You must take proactive measures.

How Can You Protect Your Trees?

You can often transport Emerald Ash Borers without even knowing it. There are a number of different ways to keep that from happening.

⇒ To start with, keep your firewood as local as you can. The generally agreed upon advice is to “burn it where you buy it” instead of transporting firewood across state or county lines.

⇒ Larval beetles can survive for months, and in some cases even more than a year, inside the wood of a cut down tree, and will emerge as mature beetles to infest other trees. Even on your property, keeping your wood in a central location far from any Ash trees is a step you can take to protect the trees.

⇒ Burning your firewood reasonably close to the pile is also a step in the protective direction.

⇒ As well, burning the last of your firewood prior to spring is a good way to prevent any beetles from emerging and infesting your trees.

⇒ Finally, if you suspect you or someone else may have Emerald Ash Borers, contact a certified arborist, such as Peter Benz, who can take further action. Peter Benz is also a Pennsylvania State Certified Commercial Pesticide and Herbicide Applicator.

How Can You Identify EABs?

Adult Emerald Ash Borers have bright green bodies with a coppery red underbelly. They will often lay numerous eggs within the bark of trees, and these eggs will start out white. Fertile eggs turn brown, and any egg sightings are reasonably certain signs of infestation.

Also, any crown dieback, bark splits, or excessive new sprouting can be signs of infestation. Winding larval galleries and emergence holes shaped like the letter “D” are also signs.

Injecting pesticides can absolutely be a viable option to protect your trees. If there has been a report of EAB activity within 15 miles, this can be a valuable measure. Purdue University has released this guide, which contains a wide range of insecticide options fro protecting Ash trees from the EAB. You can learn more in this report (PDF).

If you suspect you may have EABs, contact us at Peter Benz Landscaping today for details about how you can save your ash trees.

The Peter Benz Landscaping team will inspect your trees and see whether they are candidates for EAB treatment. Peter Benz landscaping will provide you with a proven and safe treatment plan that is guaranteed. 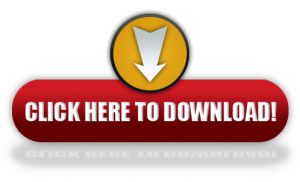