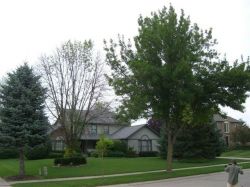 The Emerald Ash Borer (EAB) is a threat to all Ash trees. Nevertheless, while this invasive species related to the beetle is highly invasive and aggressive, it can be spotted, prevented and even treated in many cases.

Particularly if you catch an EAB infestation at a reasonably early stage and work proactively, there may be a chance of saving the Ash trees on your property.

As mighty as an Ash tree may appear, it can be brought down surprisingly easily by these tiny but incredibly dangerous little insects.

Just take a look at the photo to the right, which features one tree that was treated for EAB infestation and one that wasn’t, to get a sense of the level of destruction these pests are capable of causing.

END_OF_DOCUMENT_TOKEN_TO_BE_REPLACED

Here are some pictures of Ash trees I took in 2012.  These trees were found to be infested by Emerald Ash Borer (EAB). The location was the Hampton Greens Condominiums in Warrington, Bucks County. This was the first documented case of Emerald Ash Borer in our area.

There were thousands of D-shaped exit wounds where the females emerged to either lay more eggs further down the tree, or fly off to other Ash trees and lay eggs in the tops of those trees. It was estimated that these trees had suffered three years of activity by the time these pictures were taken. They were cut down soon after. 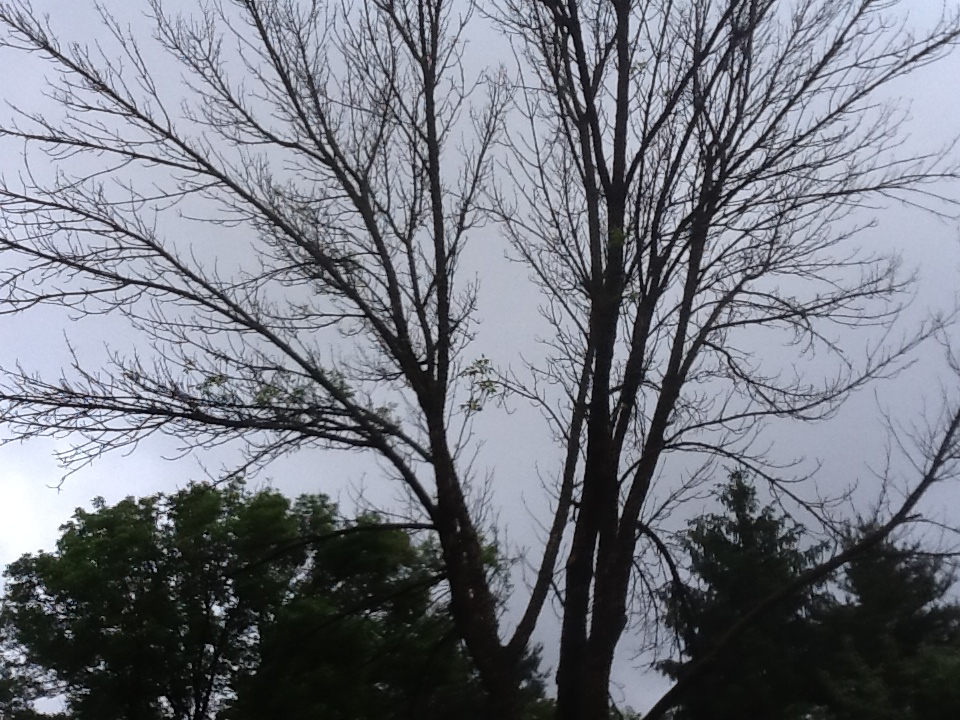 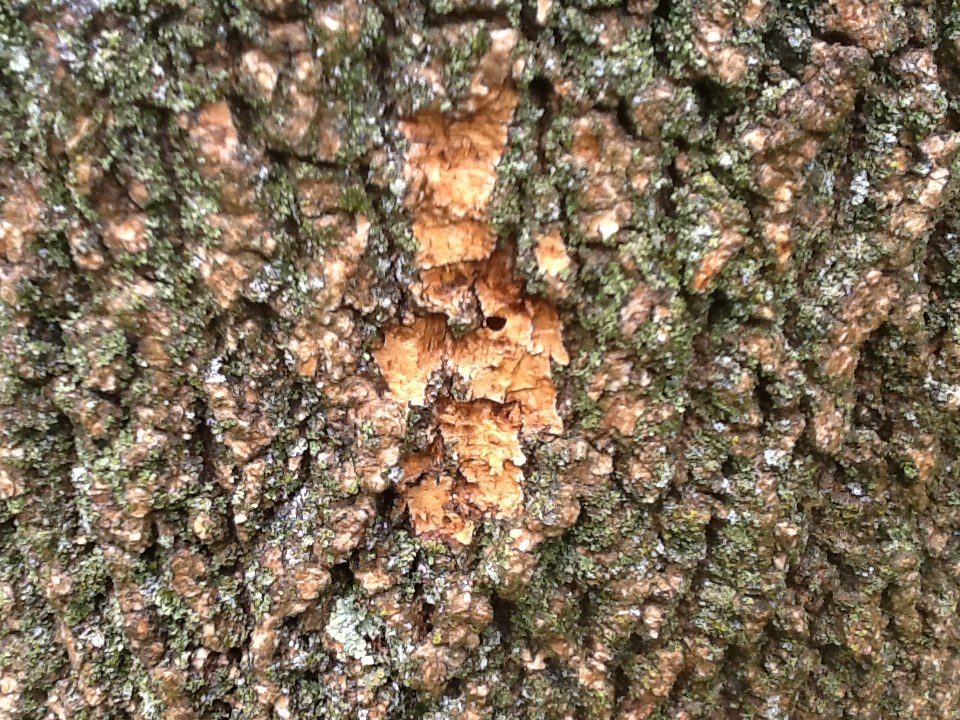 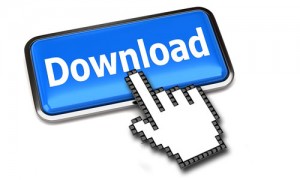 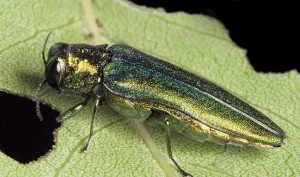 In 2002, an invasive insect species that you may have heard of—a tiny green beetle known as the Emerald Ash Borer—was discovered by Michigan foresters.

The EAB, as it’s commonly known, was decimating trees in southeastern Michigan and in nearby Windsor, Ontario. This pest had most likely hitched a ride on a shipping boat, and stowed away in ash pallets and crating.

Over the past decade, the EAB has destroyed between 50 and 60 million Ash trees in a destructive path starting in Michigan and cutting through to Pennsylvania. All major Ash tree species have been attacked by the EAB, and unless proper treatment is given immediately, trees will continue to suffer in Bucks and Montgomery counties.

Ash trees make up nearly 20 percent of our local tree population. This is a potentially devastating problem. So how do you know if the Ash trees on your property are being affected?

END_OF_DOCUMENT_TOKEN_TO_BE_REPLACED 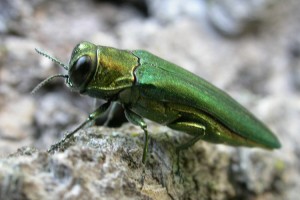 The Emerald Ash Borer (EAB) is a classic example of how invasive species thrive. This tiny green beetle is native to Asia and wasn’t seen in the United States until 2002, when it was discovered by Michigan foresters.

Research indicates that the beetle was mistakenly introduced to the country via shipping materials. Since then, the flying green beetles have spread east, including into the state of Pennsylvania. Its presence was documented in Warrington, PA in the spring of 2012, and it has since spread throughout the Bucks County and Montgomery County areas.

At this point, it is believed that these insects are now in our local wood products, such as mulch and wood chips, and are expected to continue to spread rapidly. The Emerald Ash Borer feed on Ash trees, where they lay their eggs in bark crevices. And unfortunately, if something isn’t done about these destructive pests soon, there won’t be any Ash trees left.

EAB has already been responsible for the loss of millions of Ash trees in North America, and at the current rate, there’s every reason to imagine that the Emerald Ash Borer could cause the Ash tree to become an extinct species.

If you have Ash trees on your property, it’s time to meet with a certified arborist to discuss your options.

END_OF_DOCUMENT_TOKEN_TO_BE_REPLACED

A tree that has been treated for Emerald Ash Borer (right) compared to one that has not.

The Emerald Ash Borer (EAB) has finally arrived in Southeastern Pennsylvania and that is leading to some tough and costly calls about preservation by local governments. The pest has been slowly making its way across the state and was first documented in our area in 2012. It had already been in the infected trees for two or three years at that point. The EAB has been found in area trees and parks (although it is believed to have not yet crossed the river into New Jersey). The invasive species is widely considered to be one of the most destructive forest pests ever to come to North America. In the end, the total costs to the country, particularly to states and municipalities, could total in the billions.

While many Ash trees in the Southeastern Pennsylvania may not yet be infected, it is only a matter of time. Unfortunately, Ash trees make up nearly 20 percent of the local tree population in Bucks County. While it can be devastating for homeowners to discover the pest, the costs for local governments can be exponentially more, simply due to the number of trees they must manage. Planning ahead can help blunt the impact of the EAB infestation and save your community money. END_OF_DOCUMENT_TOKEN_TO_BE_REPLACED

A tree that has been treated for Emerald Ash Borer (right) compared to one that has not.

Unfortunately the time has come to make some tough calls about the trees on your property. The Emerald Ash Borer (EAB) has finally arrived in Southeastern Pennsylvania. The pest has been slowly making its way across the state, finally arriving when it was first discovered in an apartment complex in Warrington in 2012. Since then the EAB has been found in other area trees and parks (although it is believed to have not yet crossed the river into New Jersey). While many Ash trees in the Southeastern Pennsylvania may not yet be infected, it is only a matter of time. Unfortunately, Ash trees make up nearly 20 percent of the local tree population in Bucks County. END_OF_DOCUMENT_TOKEN_TO_BE_REPLACED